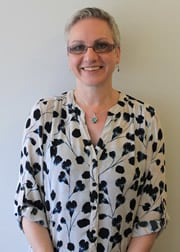 Rachel joined Griffiths & Pegg in 1985 after attending King Edward VI College in Stourbridge. After initially qualifying as an AAT, she continued her training with the firm and became ACCA qualified in 1998 and a Partner in 2012.

Her main role with the firm is accounting and taxation for small and medium sized companies. She also looks after the overall administration of the office.

I'm fine with this

You can use this tool to change your cookie settings. Otherwise, we’ll assume you’re OK to continue.

Some of the cookies we use are essential for the site to work.

To control third party cookies, you can also adjust your browser settings.